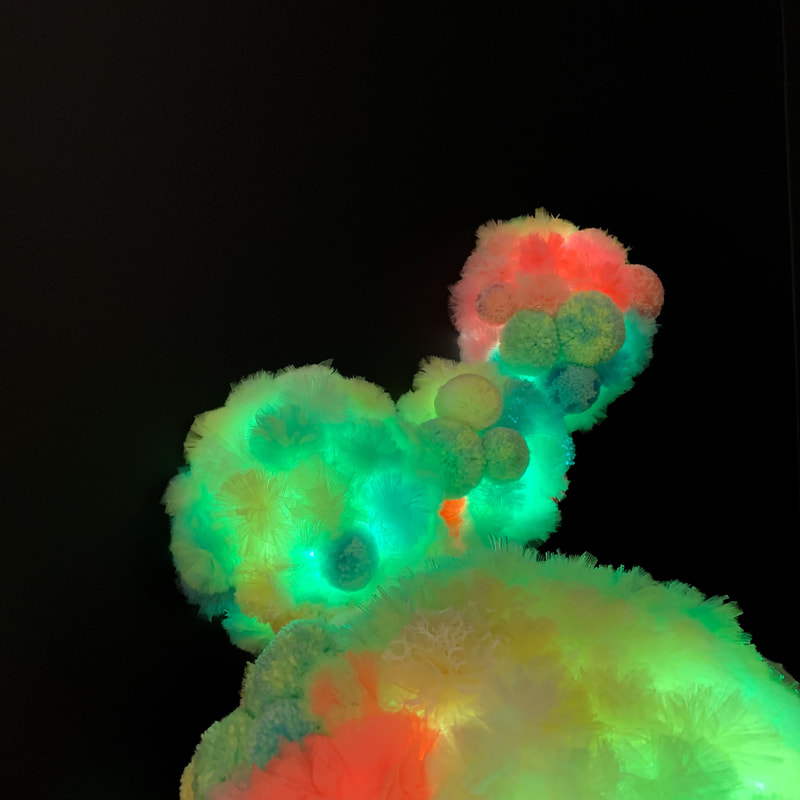 During the year of my birth, not far from where I was born, a famous gardener mapped a new terrain. The garden he designed meticulously copied another garden from a land far away, which in turn replicated the landforms of a country, albeit in miniature. This Japanese Garden still exists, some forty years later, in the Central West town of Cowra. The two aspects feel worlds apart; one is dry and scrubby, the other manicured and green. If you visit the garden in early spring, you'll enter the town by travelling through canola crops. Yellow flowers carpet the hills, creating iridescent fields of genetically modified gold. These plants are relative newcomers to the region, and the experience is visually intoxicating and strangely unsettling.

Like the plants manicured for strolling gardens or modified for rural landscapes, the Mad Honey garden has grown from other places. The radiant clusters replicate a garden I discovered while using google earth to travel through Japan. Exclusively planted from azaleas and rhododendrons, each carefully clipped plant in this garden took the shape of a giant neon boulder. The result is otherworldly, and when I googled these plants, I discovered that some are toxic, containing grayanotoxin; and the honey that bees make from this nectar is called Mad Honey. It's rarely lethal in humans but can cause hallucinations. This hidden toxicity aligned with the visual intoxication I experienced on my virtual travel. I was tripping.

Now handcrafted entirely out of the nylon knitting ribbon and synthetic wools, this crop of psychotropic botanicals enchants, while also provoking a deep ambivalent unease. Pulsing quietly in Deep Space, the Mad Honey garden provides a space to reflect on the mind-altering power of plants, and in turn, the ways human beings alter the natural world through travel and science.

This project was assisted by a grant from Create NSW, an agency of the New South Wales Government and supported by the Visual Arts and Craft Strategy, an initiative of the Australian State and Territory Governments. The program is administered by the National Association for the Visual Arts (NAVA).