the nature of things  I  Installation  I  Cementa 15 I  2015
Things come and go; it is in their nature. As Karen Golland’s partner died, their home became a place of communal making. The process of winding materials to create a pom pom was an invitation for people to spend time with them. Having something to do with their hands shifted the focus from words, making human connection easier. After Steve died communal crafting became a way for Karen to connect with other people’s experience of death, disrupting the silence of loss. Grief wound its way into new acts of creation. This accumulation became The Nature of Things. 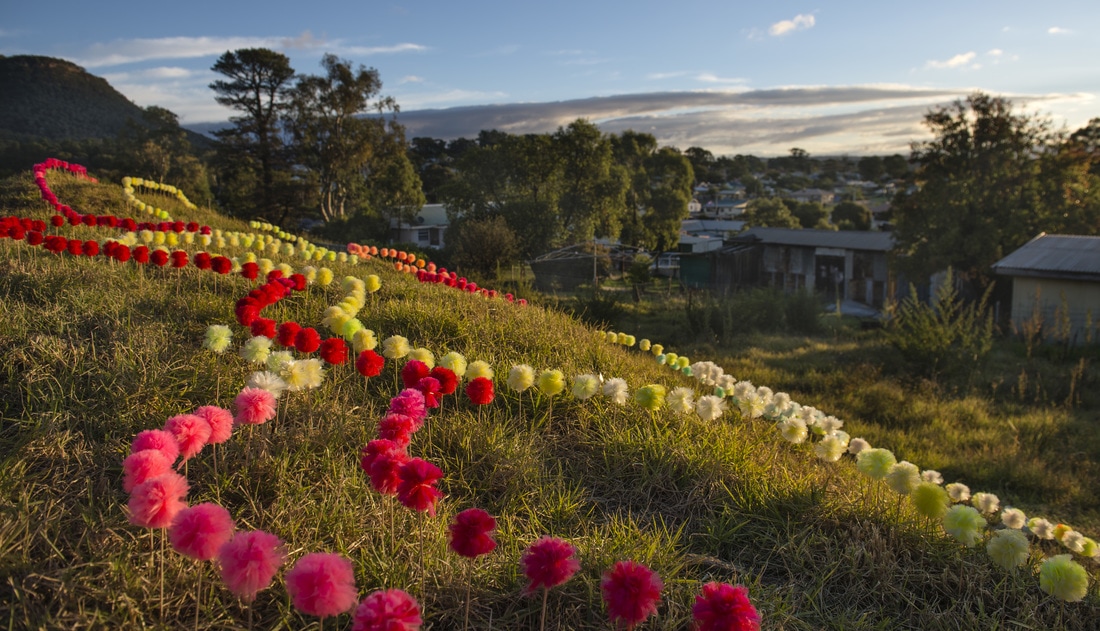 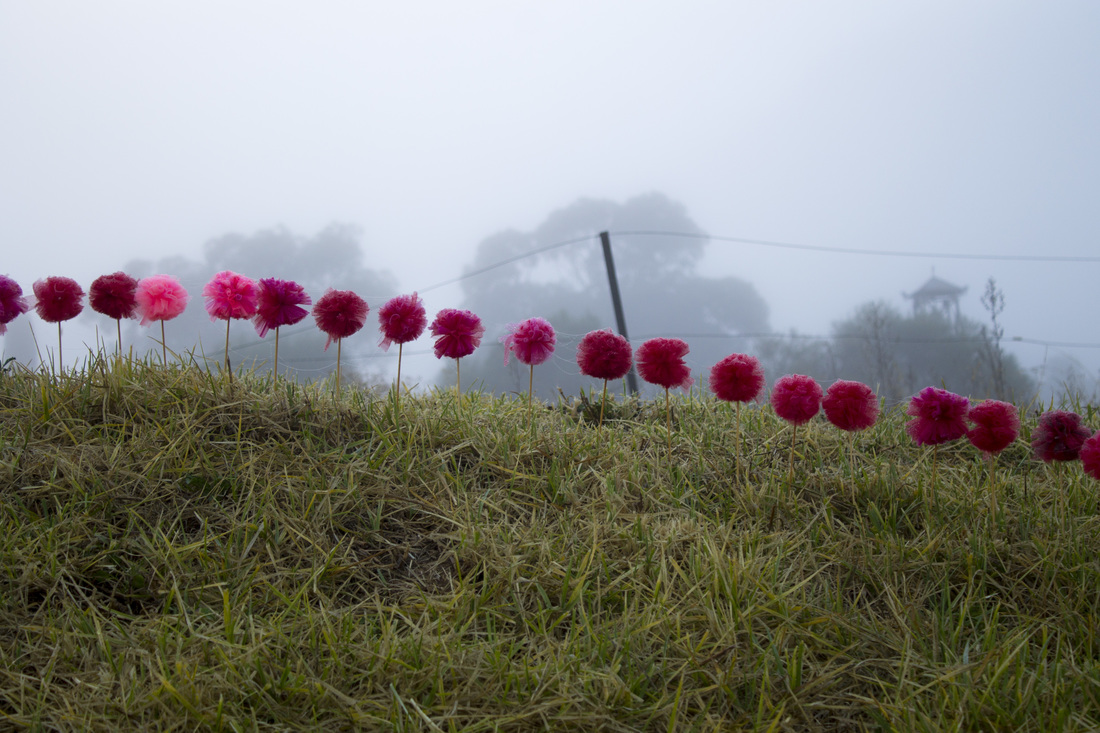 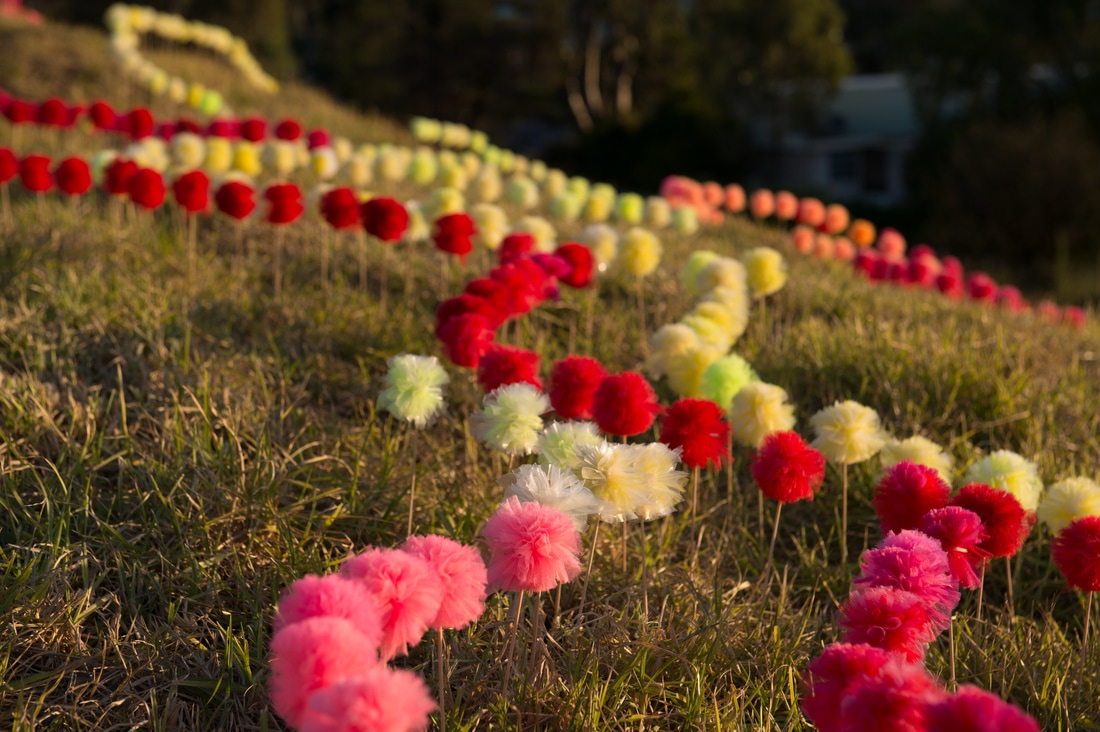 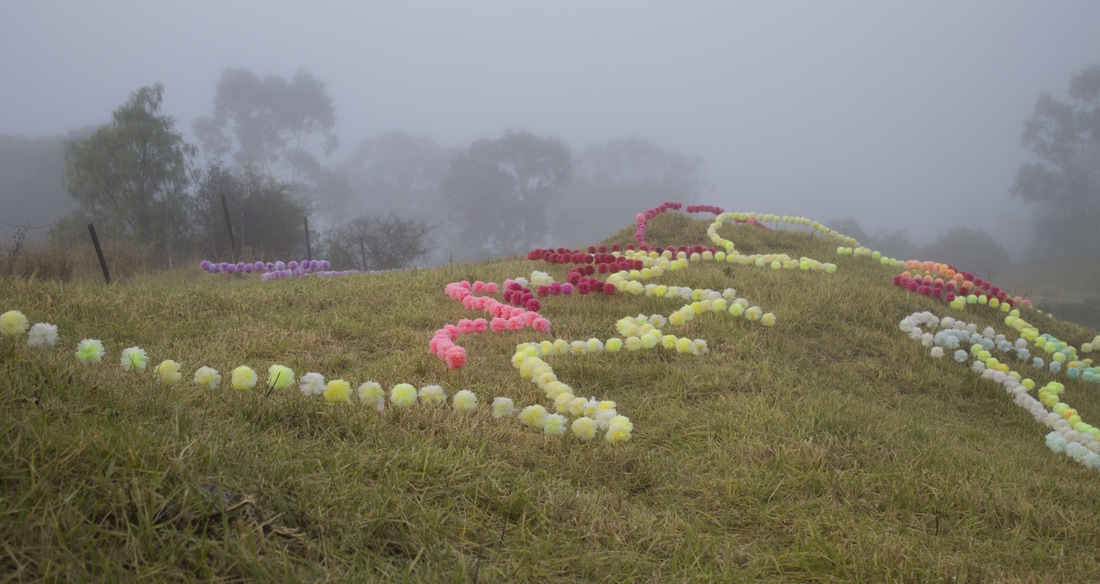